How can I find out what information exists about me online?

What else can I do to monitor and control my Web presence? 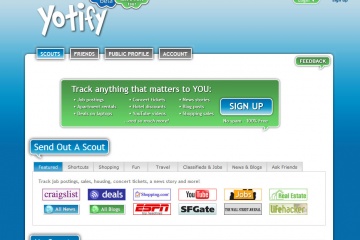 Yotify is one of many sites that can generate alerts to notify you when information you'd like to track appears online.
Screen capture by HowStuffWorks staff

There are some other alternatives for monitoring and managing what's out there about you online. BrandYourself is a free-to-inexpensive service that assists you in optimizing chosen links so that they rank higher in a Google search, or alternately de-optimizing links you want buried. Other companies, including some of the previously mentioned private data deletion sites, offer similar services. This practice doesn't eliminate information, but might allow you an amount of control over the first links people see when they search for you on the Web, which are the things they are most likely to click.

Google has a service called Me on the Web, which allows you to type in search parameters to look for your personal information online and to add them to Google Alerts, which will e-mail you when new instances of these search strings appear on the Web. It also has a link to your Google Plus profile so that you can check it and make changes. Me on the Web is really just a dashboard of features that already existed, including a typical Web search and Google Alerts, gathered together in one place for easier monitoring of your Web presence. This isn't a comprehensive way to tackle all the data on the Web about you since the alerts are for new activity and it won't likely send you anything that wouldn't appear in regular search-engine results. But it can be a useful tool.

Other sites that generate alerts when your chosen monitoring topics appear online include SocialMention, which tracks information about you or anyone else appearing on various social media sites, and Yotify, which can be set up to track any number of things from data about you to job postings to merchandise deals.

You can also take measures to make it harder for data gatherers to connect all of your information, such as setting strict privacy settings on social networking or other sites for which you sign up. Now might be the time to revisit your user accounts and check your settings. You should also check your profiles, blogs and other Web sites for private data that you may have posted, and remove or change it for additional security.

Keeping your most private data offline requires constant vigilance. In most cases, getting your information removed from a site does not erase the primary sources from whence it came. Such data could easily pop up again elsewhere. So, just as you should check your credit report every now and then, you might want to regularly peruse the Internet for your personal information. And take care what you post about yourself.

Author's Note: How can I find out what information exists about me online?

Researching this article made me want to run screaming for the hills. I've always been fairly private and careful about what information I put out there about myself. But it seems my diligence has been for naught. A lot of personal details are out there on a great many sites (with varying degrees of accuracy). Removing them might be as maddening as trimming kudzu, which will grow back and take over your house the minute you aren't looking.

But at least there is something we can do about the info on many of the sites. I've started to send removal requests, and one of them worked within 24 hours. I'll have to make an effort not to recheck every single day to make sure my data stays gone. Happy paranoia to all!