Viruses In the 2000s and Beyond 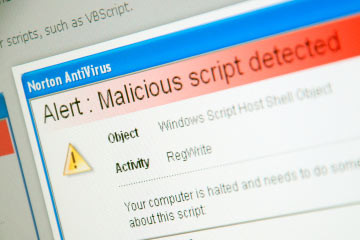 Anti-virus software is vital to keeping your system free of problems.
©iStockphoto.com/Rob Broek

New viruses pop up all the time, but it's rare for a worm or other exploit to have the kind of impact that Storm once did. The 10 Worst Computer Viruses of All Time struck around the turn of the century and in the early 2000s. Computers were ripe targets: Anti-virus software was expensive and not always reliable, Microsoft's Internet Explorer was ripe for exploitation and PC users were unaware of how easily viruses could spread over the Internet. Viruses haven't had the same kind of impact in recent years for a number of reasons.

People are a bit better educated about viruses. Free anti-virus software is easy to download. Microsoft recommends its own Security Essentials, while companies like AVG and Avast offer their own free alternatives. Computer software, in general, is designed with the Internet in mind and is less susceptible to viruses. Just compare today's Chrome and Firefox browsers to the infamously terrible Internet Explorer 6, which was patched for over a decade after its release in 2001. Viruses are still around, of course -- in 2009, a worm called Downadup infected millions of computers in a matter of days. We're just getting better at handling them.

There are more viruses than ever out there for anti-virus software to keep track of. These programs will automatically update themselves regularly -- often even daily -- to guard against the latest virus mutations on the Internet. Just look at Avast's Virus Update History to see how many Trojans, worms and other nefarious bits of code are added to the database every day.

In a modern era of smartphones and tablets, it's actually easier than ever to browse the Internet without getting a virus. Why? Because viruses are written for specific platforms. A virus intended to exploit something on Windows won't work on Apple's Mac operating system -- the code that makes up the two systems is completely different. Similarly, the code that makes up mobile operating systems like Android and iOS is different from the code on PCs. Viruses that would cripple your computer won't work on mobile devices.

But mobile devices aren't completely secure, themselves. There are viruses out there that can extract personal information from Android phones. Because Apple's iOS is a closed source platform, unlike the open source Android, it's more difficult to target with viruses. Besides, Windows is still a juicier target. While mobile viruses will certainly become more popular as smartphone sales increase, as of 2011, they're a very minor concern.

In the next section, we'll look at patching your PC and other things you can do to protect your computer.