Using the Web as a Platform 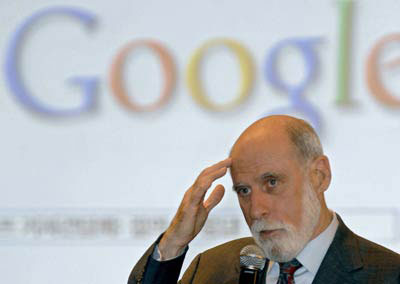 In the blog entry that described his philosophy of Web 2.0, Tim O'Reilly wrote that before the dot-com bubble burst, Web companies like Netscape concentrated on providing a product. In Netscape's case, the product was a Web browser. These products would then serve as the foundation for a suite of applications and other products. O'Reilly's vision of a Web 2.0 company is one that provides a service rather than a product.

The example O'Reilly used in his blog entry was Google. He said that Google's value comes from several factors:

Another important part of using the Web as a platform is designing what O'Reilly calls rich user experiences. These are applications and applets -- small programs that fit within a larger program or Web page -- to make Web surfing and accessing the Internet more enjoyable. For example, the service Twitter provides is based off of a very simple concept: Members can send a message to an entire network of friends using a simple interface. But Twitter also allows third-party developers to access part of the Twitter application programming interface (API). This access allows them to make new applications based off the basic features of Twitter. For example, Twitterific is a program for the Mac designed by a third-party developer called the Iconfactory. It integrates the Twitter service into a desktop application for users. While Twitter didn't develop Twitterific, it did give the Iconfactory the information it needed to create the application.

Other sites follow a similar philosophy. In 2007, the social networking site Facebook gave third-party developers access to its API. Before long, hundreds of new applications appeared, using Facebook as a platform. Facebook members can choose from dozens of applications to enhance their browsing experiences.

The service and access a Web site offers is an important part of Web 2.0's philosophy, and it's related to the idea of web democratization. In the next section, we'll look at how ordinary people are interacting with and changing the Internet.

While it's important for Web services to provide a good experience for users, it's also critical to avoid going overboard. Providing too many options or making a system too complicated for the average user can turn away potential customers. A complex system might appeal to a small core of enthusiastic users, but to have a large customer base, the service has to be both streamlined and uncomplicated. For instance, Web sites with a lot of flash animation, multimedia applications and interactive features might appeal to tech-savvy users with high-speed Internet connections. But, for the average visitor, the sites could come across as a lot of sound and fury, signifying nothing.