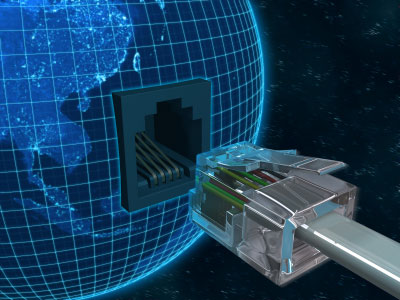 Web 3.0 will likely plug into your individual tastes and browsing habits.
©iStockphoto/ktsimage

You never know how future technology will eventually turn out. In the case of Web 3.0, most Internet experts agree about its general traits. They believe that Web 3.0 will provide users with richer and more relevant experiences. Many also believe that with Web 3.0, every user will have a unique Internet profile based on that user's browsing history. Web 3.0 will use this profile to tailor the browsing experience to each individual. That means that if two different people each performed an Internet search with the same keywords using the same service, they'd receive different results determined by their individual profiles.

The technologies and software required for this kind of application aren't yet mature. Services like TiVO and Pandora provide individualized content based on user input, but they both rely on a trial-and-error approach that isn't as efficient as what the experts say Web 3.0 will be. More importantly, both TiVO and Pandora have a limited scope -- television shows and music, respectively -- whereas Web 3.0 will involve all the information on the Internet.

Some experts believe that the foundation for Web 3.0 will be application programming interfaces (APIs). An API is an interface designed to allow developers to create applications that take advantage of a certain set of resources. Many Web 2.0 sites include APIs that give programmers access to the sites' unique data and capabilities. For example, Facebook's API allows developers to create programs that use Facebook as a staging ground for games, quizzes, product reviews and more.

One Web 2.0 trend that could help the development of Web 3.0 is the mashup. A mashup is the combination of two or more applications into a single application. For example, a developer might combine a program that lets users review restaurants with Google Maps. The new mashup application could show not only restaurant reviews, but also map them out so that the user could see the restaurants' locations. Some Internet experts believe that creating mashups will be so easy in Web 3.0 that anyone will be able to do it.

Other experts think that Web 3.0 will start fresh. Instead of using HTML as the basic coding language, it will rely on some new -- and unnamed -- language. These experts suggest it might be easier to start from scratch rather than try to change the current Web. However, this version of Web 3.0 is so theoretical that it's practically impossible to say how it will work.

The man responsible for the World Wide Web has his own theory of what the future of the Web will be. He calls it the Semantic Web, and many Internet experts borrow heavily from his work when talking about Web 3.0. What exactly is the Semantic Web? Keep reading to find out.

Widgets are small applications that people can insert into Web pages by copying and embedding lines of code into a Web page's code. They can be games, news feeds, video players or just about anything else. Some Internet prognosticators believe that Web 3.0 will let users combine widgets together to make mashups by just clicking and dragging a couple of icons into a box on a Web page. Want an application that shows you where news stories are happening? Combine a news feed icon with a Google Earth icon and Web 3.0 does the rest. How? Well, no one has quite figured that part out yet.