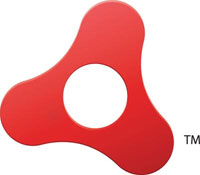 Since John Warnock and Charles Geschke formed the company in 1982, Adobe Systems has made a lot of what we see on our computers and the information we pass around possible. The Portable Document Format (PDF), for instance, is one of the most commonly used compact file standards available. Businesses use it to pass documents around easily in small file sizes, and nearly anyone who owns a desktop or laptop uses PDFs to view photos or read articles -- it's like having an unlimited photocopier on your computer. On top of this, the company is also behind several important design applications, including Adobe Illustrator, Adobe Photoshop and Adobe InDesign, products that allow developers and everyday users to easily create and manipulate everything from a single image to large presentations. Think about it -- without Photoshop, there would never be such a thing as an LOLcat to share with friends, and the world would be a sadder place.

When it comes down to it, Adobe has changed the way we handle and develop content, both on the desktop and over the Internet. So it makes sense that Adobe's next step is to make the connection between the desktop and the Internet as seamless as possible. In early 2008, Adobe offered up its 1.0 release of Adobe Adobe Integrated Runtime (AIR). The company calls it a "cross-operating system runtime that lets developers combine HTML, Ajax, Adobe Flash, and Flex technologies to deploy rich Internet applications (RIAs) on the desktop." Adobe is marketing AIR toward developers, businesses and everyday consumers alike, and the company offers the program as a free download on its Web site. 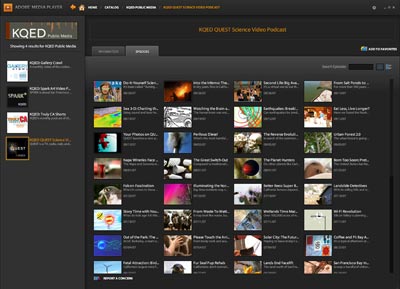 Installing Adobe AIR onto your computer allows other specially-developed applications to run -- without it, something like the Adobe Media Player application wouldn't work.
©2008 Adobe Systems

Before we get into the nitty-gritty of Adobe AIR, it helps to understand a few key terms and break down what it means to be a "cross-operating system runtime" that can run desktop applications.

AIR is, first of all, a runtime engine at its most basic. A runtime engine is simply computer software that other applications need to use in order to run properly; it translates language within a program into machine language, the simple, lowest level language (essentially 0s and 1s) the central processing unit (CPU) can understand. Programs that run on Java, for example, require the Java Virtual Machine runtime engine installed on the computer. Without it, your computer wouldn't be able to make use of the same graphical user interface (GUI) that you're used to using now. A GUI, also known as a human-computer interface, is the combination of windows, icons, text and menus that we can change with a mouse or a keyboard. Even your operating system can be considered the mother of all runtime engines, since every application on your computer depends on the processes of the operating system.

So when Adobe describes AIR as a "cross-operating system runtime," they just mean that AIR is a runtime that can work on any computer, regardless of the operating system. Different operating systems use different languages; a program running on Mac OSX, for instance, won't look the same as the same program running on Windows XP. Applications built with Adobe programs such as Flash or Flex will use the AIR runtime to display -- because AIR comes the with the open-source WebKit HTML renderer, Web-like content can display on the desktop. That's the big difference between something like a Flash player and AIR: While Flash works over the Internet and in your Web browser, applications running off of AIR are based on the desktop and don't necessarily require a browser to work.

Finally, what are the RIAs that Adobe AIR will help build? An RIA is a broad term coined by Adobe that describes a Web application that provides an engaging, connected experience for users. In general, they're meant to provide the best aspects of both desktop applications and Web-based applications and are developed with programs like Adobe Flash or Flex -- Web sites like Flickr or Google Maps are examples -- sites that offer lots of interaction but are located on the Internet. RIAs are easy to use but difficult to program, so many hope the release Adobe AIR will make such development processes smoother.

That's what AIR does for you computer applications, but what does it do for developers, businesses and everyone else?

In a general sense, nearly all of Adobe's products are meant to benefit three groups: developers, businesses and end users. Developers use programs like Adobe Flash to create an interface or an animation; a company then takes the design and employs it on a Web page or an application; a customer uses the product in unique and entertaining ways. Even the end user isn't limited to a passive experience. Many people can download or install Adobe programs like Flash or Photoshop and find their own ways to exercise their creativity.

Developers who use Adobe Flex, Flash or any other development tool can build applications that sync with the AIR runtime. Because HTML, XML and JavaScript are all supported by AIR, developers don't need to learn an entirely different programming language -- they can use familiar code and keep the transition from desktop to Web nearly transparent.

Adobe also markets its AIR platform toward businesses looking to hook consumers with more attractive and usable applications. If Web surfers can download a company's program right onto their desktops without even opening a browser, they're more likely to keep that program running and stay engaged. Several major companies are already featuring applications that run on Adobe AIR. For example, the online auction site eBay offers an eBay Desktop application built on Adobe AIR. Instead of buyers and sellers logging in frequently to check time-sensitive auctions, eBay Desktop can run independently and give continuous updates on a list of goods on which a customer is bidding.

The general Web-surfing public benefits from being able to move once-Web-based applications to their desktops. Once Adobe AIR is installed on a user's computer, downloadable, easy-to-use applications that are tailored toward a person's interests become available at a quick click.

For a breath of fresh air, see the next page for lots more information on Web technology and developments.­

10 Weird Ways Tinder Is Changing the World
Antipodes Map Locates the Opposite of Any Spot on Earth
Why are there so many different image formats on the Web?