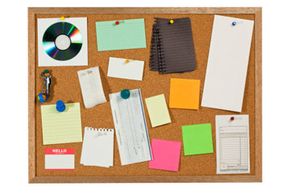 Wouldn't it be easier – and cleaner – to put all this stuff on an online bulletin board?
Lucidio Studio Inc./Getty Images

Imagine a corkboard -- the kind you might use to tack up inspirational quotes, magazine articles or photos of cool furniture for when you finally redo the living room. Now imagine your friends had boards too, and you could always see what each of you was tacking up on your walls. You could copy and memorialize whatever you found exciting, and your board never ran out of room. Plus, you could access it any time, anywhere. Sound too good to be true?

It's not. Pinterest, an online platform that's been likened to popular microblogging site Twitter with images instead of words, allows users to curate all of the visually appealing things they find online. If you've ever bookmarked a cool-looking project or interesting recipe you stumbled upon during a Web-surfing session, only to forget what you named it or that you bookmarked it entirely, you'll appreciate Pinterest's highly visual design.

But Pinterest isn't just an Internet collage of cool stuff. Each image on the site links back to its place of origin, providing a simple and easily accessible channel for information as well as appropriate credit to the originators of the cool ideas that Pinterest users love.

One of Pinterest's other perks is its social element. While not as overtly interpersonal as fellow social media giants Facebook and Twitter, the site refers to and markets itself as an online community, a place where friends and strangers alike can share their interests and inspirations. Users can always see what their connections are posting and can even choose interests that will populate a live stream of related links and images.

This capability creates the visual version of what's essentially a mass brainstorming session. For example, thinking about redecorating your living room? Instead of browsing through magazines and store catalogues for ideas, just click over to Pinterest's Home Décor page, where you'll find a vast array of cool clippings and innovative ideas amassed from users around the world.

Ready to get inspired? Read on to find out how to kick off your Pinterest presence.

Pinterest launched in late 2009 as an invitation-only beta (testing) platform; as of August 2012, its popularity catapulted it past the beta stage to allow anyone to create an account [source: Griggs]. Pinterest had 21,202,798 unique visitors in July 2012 [source: Compete]. It's grown from under 10,000 users 9 months after its launch in 2010 for a growth of almost 212,000 percent [source: Griggs]. The site began as a web-only platform, but as of this writing, users could access Pinterest online or on mobile devices such as iPhone, iPod Touch, iPad and Android [source: Mlot].

After you've provided your info, you'll be shown a series of images and asked to click the ones that appeal to you. Pinterest uses this information to create your "Following" page, a collection of images in categories you're interested in.

You can add to your "following" list by connecting with friends on the site: Simply sign into your Gmail, Facebook or Yahoo account, and Pinterest will populate a list of existing users you may know. You can also invite friends who don't have accounts to join. You don't have to already know other users to enjoy Pinterest, however. Find another user who shares your exact taste in everything? Follow her, and all of the things she adds to her boards (called pins, in Pinterest parlance) appear when you sign into your account.

Following individuals isn't the only way to access awesome new content on Pinterest -- you can follow categories as well. Pinterest's predetermined categories vary widely, including topics from architecture to animals, hair and beauty to film and music, humor to weddings and history to holidays.

So what is pinning, exactly, and how do you go about doing it? We'll talk more about boards, pins and how to make the most of your Pinterest account on the next page. 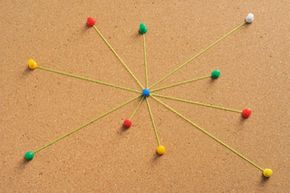 Like all bulletin boards, you'll need some pins if you want to make your Pinterest board awesome and interesting.
Yagi Studio/Getty Images

Pinterest isn't just an application for memorializing cool stuff willy-nilly on a webpage. The platform comes with built-in structure in the form of boards, designated to help you organize your ideas. New accounts come with pre-named boards (such as Food, Art and Architecture, and Apparel and Accessories), which users can edit as they choose. If you don't see a category that appeals to you, you can also create a board from scratch [source: Pinterest].

Now that you have your boards set up, you can populate them with content in one of two ways: pinning and re-pinning.

But Pinterest isn't just about aggregating content -- it also allows users to connect by commenting on one another's pins. This can range from fun and social ("I love those shoes!" "Awesome quote." "Where did you find that painting?") to incredibly useful ("I made this recipe last night and I recommend reducing the sugar."). Users can also like others' pins. You can access both of these functions by rolling your mouse over a pin. While likes and comments won't appear on your own page, it's still a good way to communicate with other users.

Now that you know how to use Pinterest, how does it really work? Read on to learn why Pinterest loves women, why women love Pinterest and how this free service makes its money.

From small startup to Internet powerhouse, Pinterest's appeal is undeniable: As of June of 2012, it was the third largest social media site on the market after Facebook and Twitter. It even beat out Twitter in time spent on the site: Users spent an average of 89 minutes on the site monthly as compared to Twitter's 21 [source: Borchardt]. And it's especially popular with women -- to the tune of 97 percent of its total user base [source: Pitts].

Women have good reasons for loving Pinterest. It's social, but it's still far more anonymous than Facebook or Twitter (no inappropriate spilling of life stories), and its simple, visually oriented layout is a more relaxing pastime than text-centric sites [source: Pitts]. Plus, spending habits make women between the ages of 25 and 44 -- the top Pinterest users -- a highly coveted demographic [source: Borchardt].

This is a big deal for businesses, which have found a lucrative platform on Pinterest. Studies show that women trust Pinterest more than any other social media site, and businesses are capitalizing on that trust with innovative ad and incentive marketing campaigns. Companies like Guess have used Pinterest to inspire users around their brand by incentivizing re-pinning and other kinds of engagement on the site -- and even without sophisticated campaigns, Pinterest has shown itself to be a highly effective driver of traffic to companies with even a basic presence on the site [source: Wasserman].

Plenty of businesses have found marketing success on Pinterest, but Pinterest itself offers its services completely free of charge. So how did it become the $7.7-billion company (barely trailing Twitter) that it was estimated to be in April of 2012?

It might sound mysterious, but the site's business model is actually not an uncommon one. Like many Web-based companies, Pinterest makes its money off of affiliate marketing, a model in which companies (often retail-based) post content on affiliate platforms (in this case, Pinterest) to help drive traffic to their own sites. The sites hosting the content often receive a portion of the profits generated by this traffic [source: Hunt]. It's a perfect fit for Pinterest, which is especially kind to categories like crafts and recipes -- two things that rely heavily on visual appeal as a selling point. It also allows the site to operate without showing ads, one of users' main complaints about sites like Facebook.

Read on for lots more information about how Pinterest works and how to make the most of your account.

That's not entirely true, of course, but let me tell you -- it's close. This site is addicting. And one of my favorite facts from this article is the reason why: It's almost completely visual. Strange that someone who so loves the written word would be so drawn to a platform that nearly entirely eschews it, but let me tell you, it's kind of nice not to have to read about everyone's personal life when I sign in. Pinterest may not foster the deepest of connections ... but I think I like it that way. 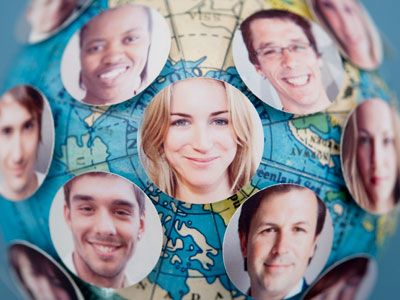 Up Next
Do social networking sites improve your ability to network in real life?
Explore More 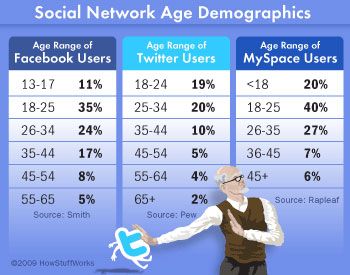 You May Like
Are you too old for social networking?
Explore More 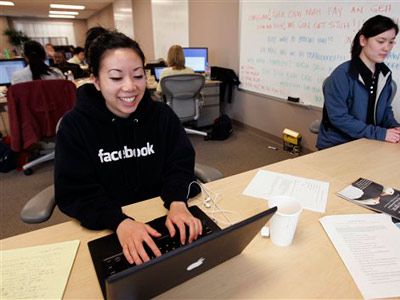 Keep Reading
What are the pros and cons of social networking sites?
Explore More