Unified Communications: Beyond the Office 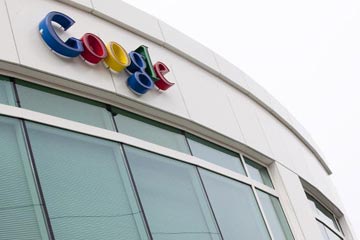 Although users might not realize it, many Google Apps are dependent on cloud computing.
Stephen Brashear/Getty Images

In the late 2000s, unified communications experts were predicting growth, yet they still were discussing the concept as if it was theoretical. Microsoft's offerings were mostly existing or updated products that were rebranded and repackaged like comprehensive solutions, as noted in an October 2007 Wired article that called UC a "'Wouldn't it be nice if…' proposition" [source: Sloan].

As we wonder how the data we've been discussing comes and goes, some of these same companies are working on solving those problems. Cloud computing, a system in which applications, files and data reside remotely on a centralized network or computer server, is another example of computers' ability to handle communications remotely. Cloud computing allows users to increase productivity while using simpler desktop computers or mobile hardware unburdened by extraneous features. Like UC, the relevance of cloud computing depends on impact: the financial benefit and end results [source: Burton].

Cloud computing was conceived in 1964, but it only came to light about the same time as UC [source: Burton]. New Internet Computer, an early provider of cloud computing, launched in 2000 but shuttered three years later; competitors such as Microsoft found more success [source: PCWorld]. Service-based cloud computing's pay-as-you-go and subscription models are dependent on access to fast and reliable Internet -- at the time, a major downfall -- but UC still showed promise because of its flexibility.

Both technologies aim to streamline, which makes cloud computing a natural storage solution for UC. Companies like IBM, traditionally a provider of hardware and software, compete with the likes of Verizon, best known for its phone and Internet service. Google Apps are some of the best known cloud computing assets, in part because Google's programs are popular among non-business users, too. Even frequent users might not realize that Google Apps are dependent on cloud computing [source: Boulton]. Amazon offers a similar service called EC2.

Since clouds aren't under an organization's oversight and control, the technology's newfound popularity raises security concerns, but some claim the popularity of social networking has helped calm such fears [source: Greene, Boulton]. Read on to see how else UC and social media have mutually beneficial effects.