Browse the article How WAP Works 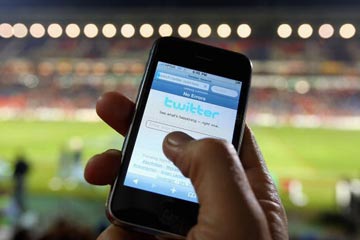 Wireless Internet can be built into your cell phone or received through a wireless card. See more internet connection pictures.
Cameron Spencer/Getty Images

You and millions of other people around the world use the Internet every day -- to communicate with others, follow the stock market, keep up with the news, check the weather, make travel plans, conduct business, shop, entertain yourself and learn. Staying connected has become so important that it's hard to get away from your computer and your Internet connection because you might miss an e-mail message, an update on your stock or some news you need to know. With your business or your personal life growing more dependent on electronic communication over the Internet, you might be ready to take the next step and get a device that allows you to access the Internet on the go.

That's where wireless Internet comes in. You've probably seen news or advertising about cell phones and PDAs that let you receive and send e-mail. This seems a logical next step, but there are some questions that come up when you think about going mobile with the Internet. Will you still be able to surf the Web? How fast will you be able to get the information you need? You might have heard of the Wireless Application Protocol (WAP) and wonder how it works. Learn just what WAP is, why it is needed and what devices use it.

Probably the most important factor in the birth of wireless Internet has been the proliferation of digital cell phones in the last few years. The expanding network of digital cellular and personal communication services (PCS) has created a solid foundation for wireless Internet services. It is estimated that there are more than 50 million Web-enabled cell phones in use. In 1997, Nokia, Motorola, Ericsson and Phone.com came together to create the WAP because they believed that a universal standard is critical to the successful implementation of wireless Internet. Since then, more than 350 companies have joined them in the WAP Forum.

Making a Web site accessible through a wireless device is quite a challenge. So far, only a small portion of the more than a billion Web sites provide any wireless Internet content. As the use of WAP-enabled devices grows, you can expect that many more Web sites will be interested in creating wireless content.

WAP is designed to work on any of the existing wireless services, using standards such as:

For more information, on these services, check out this page.

WML can also trace its roots to eXtensible Markup Language (XML). A markup language is a way of adding information to your content that tells the device receiving the content what to do with it. The best known markup language is Hypertext Markup Language (HTML). Unlike HTML, WML is considered a meta language. Basically, this means that in addition to providing predefined tags, WML lets you design your own markup language components. WAP also allows the use of standard Internet protocols such as UDP, IP and XML.

There are three main reasons why wireless Internet needs the Wireless Application Protocol:

Most cell phones and Web-enabled PDAs have data transfer rates of 14.4 Kbps or less. Compare this to a typical 56 Kbps modem, a cable modem or a DSL connection. Most Web pages today are full of graphics that would take an unbearably long time to download at 14.4 Kbps. Wireless Internet content is typically text-based in order to solve this problem.

The relatively small size of the LCD on a cell phone or PDA presents another challenge. Most Web pages are designed for a resolution of 640x480 pixels, which is fine if you are reading on a desktop or a laptop. The page simply does not fit on a wireless device's display, which might be 150x150 pixels. Also, the majority of wireless devices use monochrome screens. Pages are harder to read when font and background colors become similar shades of gray.

Navigation is another issue. You make your way through a Web page with points and clicks using a mouse; but if you are using a wireless device, you often use one hand to scroll keys.

WAP takes each of these limitations into account and provides a way to work with a typical wireless device.

Here's what happens when you access a Web site using a WAP-enabled device:

To create wireless Internet content, a Web site creates special text-only or low-graphics versions of the site. The data is sent in HTTP form by a Web server to a WAP gateway. This system includes the WAP encoder, script compiler and protocol adapters to convert the HTTP information to WML. The gateway then sends the converted data to the WAP client on your wireless device.

What happens between the gateway and the client relies on features of different parts of the WAP protocol stack. Let's take a look at each part of the stack:

Once the information is received by the WAP client, it is passed to the minibrowser. This is a tiny application built into the wireless device that provides the interface between the user and the wireless Internet.

The minibrowser does not offer anything more than basic navigation. Wireless Internet is still a long way from being a true alternative to the normal Internet. It is really positioned right now for people who need the ability to connect no matter where they are. The WAP Forum is continually working on the specifications of the WAP standard to ensure that it evolves in a timely and useful manner.

For more information on wireless Internet and related topics, check out the links on the next page!