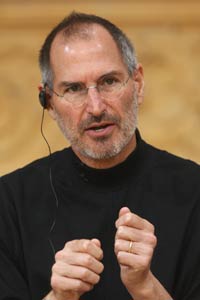 Steve Jobs and Steve Wozniak, founders of Apple Computers, were both hackers. Some of their early exploits even resembled the questionable activities of some malicious hackers. However, both Jobs and Wozniak outgrew their malicious behavior and began concentrating on creating computer hardware and software. Their efforts helped usher in the age of the personal computer -- before Apple, computer systems remained the property of large corporations, too expensive and cumbersome for average consumers.

Linus Torvalds, creator of Linux, is another famous honest hacker. His open source operating system is very popular with other hackers. He has helped promote the concept of open source software, showing that when you open information up to everyone, you can reap amazing benefits.

Richard Stallman, also known as "rms," founded the GNU Project, a free operating system. He promotes the concept of free software and computer access. He works with organizations like the Free Software Foundation and opposes policies like Digital Rights Management.

On the other end of the spectrum are the black hats of the hacking world. At the age of 16, Jonathan James became the first juvenile hacker to get sent to prison. He committed computer intrusions on some very high-profile victims, including NASA and a Defense Threat Reduction Agency server. Online, Jonathan used the nickname (called a handle) "c0mrade." Originally sentenced to house arrest, James was sent to prison when he violated parole.

Kevin Mitnick gained notoriety in the 1980s as a hacker who allegedly broke into the North American Aerospace Defense Command (NORAD) when he was 17 years old. Mitnick's reputation seemed to grow with every retelling of his exploits, eventually leading to the rumor that Mitnick had made the FBI's Most Wanted list. In reality, Mitnick was arrested several times for hacking into secure systems, usually to gain access to powerful computer software.

Kevin Poulsen, or Dark Dante, specialized in hacking phone systems. He's famous for hacking the phones of a radio station called KIIS-FM. Poulsen's hack allowed only calls originating from his house to make it through to the station, allowing him to win in various radio contests. Since then, he has turned over a new leaf, and now he's famous for being a senior editor at Wired magazine.

Adrian Lamo hacked into computer systems using computers at libraries and Internet cafes. He would explore high-profile systems for security flaws, exploit the flaws to hack into the system, and then send a message to the corresponding company, letting them know about the security flaw. Unfortunately for Lamo, he was doing this on his own time rather than as a paid consultant -- his activities were illegal. He also snooped around a lot, reading sensitive information and giving himself access to confidential material. He was caught after breaking into the computer system belonging to the New York Times.

It's likely that there are thousands of hackers active online today, but an accurate count is impossible. Many hackers don't really know what they are doing -- they're just using dangerous tools they don't completely understand. Others know what they're doing so well that they can slip in and out of systems without anyone ever knowing.

To learn more about hackers, follow the links below.