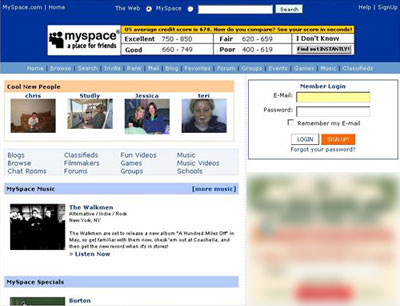 Peninsula isn't the only one concerned. With the rise of social networking sites like MySpace and Facebook, businesses are voicing concerns that these sites might be slashing away at productivity. Many social networking sites now offer a variety of features, including an online profile, messaging services, video, photo albums, games and more. The full-featured nature of these sites means that users can easily idle away a few hours by messaging co-workers, watching a new music video or reading friends' blogs.

One survey claimed that each American wastes an average of two hours a day at work [source: LA Times]. That translates to an estimated loss of $759 billion a year, though that same survey showed that Americans wasted few work hours than two years earlier [source: LA Times]. Such statistics reinforce the notion that workers around the world are costing their employers dearly by playing online. Some companies have banned the use of social networking sites at work, frequently by blocking access to those sites. But despite fears about time wasted, U.S. workers are, according to the United Nations, first in worker productivity [source: LA Times]. There is also a growing movement in some business circles that advocates taking advantage of the social networking phenomenon and using these immensely popular services as a tool to facilitate business.

­In the run-up to the 2008 presidential election, candidates have made heavy use of social networking sites, notably to rally supporters, share videos and solicit donations. LinkedIn, a social networking site for professionals, markets itself directly to the business world and is the largest social network of its kind [source: CNNMoney.com]. LinkedIn allows entrepreneurs and professionals to post profiles, make contacts and hunt for new jobs. Several presidential candidates have joined, including Barack Obama, Rudy Giuliani and Mike Huckabee, while other candidates are expected to as well.

Some companies, notably several large multinational corporations, have used Facebook to facilitate cooperation between employees, especially those operating in different countries. Other companies have established their own in-house social networks, designed to allow employees to get to know one another. And many companies, including HowStuffWorks, maintain an official presence or account on social networking sites in order to better connect with users.

Some commentators say that the use of social networking sites in the work environment, whether for work or as a time waster, is only to be expected as the increased use of technology, longer hours, teleworking and BlackBerry devices mean that some people are working or on call even during their supposedly "off" hours [source: LA Times]. For many workers today, there's little separation between time spent working and time off. Consequently, socializing and official company business may take place simultaneously on the same Web site or service.

Next, see how much of a problem social networks are for businesses. 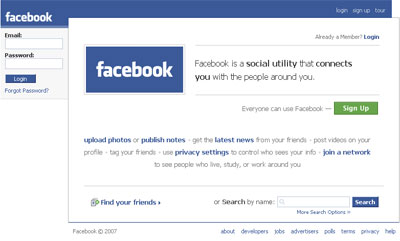 For more information about social networking sites and the workplace, please check out the links on the next page.